A system for dividing spaces that also creates spaces.

This investigation into how an object might exist between two and three dimensions, or act as both a space and a boundary, is (at least conceptually) one of my favorites from undergrad. I was inspired by fractals. The idea of a self-similar pattern that looks basically the same at any magnification is so natural and easy-to-grasp (take a look at the Sierpinski triangle), but beneath the surface are some unusual and powerful properties.

Most compellingly, fractals possess a “fractal dimension”, a kind of measure of their complexity. The formula to compute fractal dimension — N=M^D — is pretty simple using as an example a big square made up of four smaller squares. N, the number of pieces that are proportionally the same as the original, is 4. M, the magnification between one of the pieces and the whole, is 2. So 4=2^D, and D must equal 2. Which, check! Squares are two dimensional.

For a fractal example, look at the Koch curve in the last image above. As it propagates, it becomes increasingly complex and infinite in length, but all that’s really happening is that we’re constantly replacing one line segment with four shorter ones. This makes the new shape 4/3 the length of the original. To find the dimension of the Koch curve, we say 4=3^D, so D=1.26.

Lines are supposed to be one dimensional, but a line that’s a fractal becomes something more, reaching for the next dimension.

So what if we approached designing our spaces with this in mind? Could a wall also be a door, or seating, or storage, or a private space? My four little panels (this whole project is constructed from a single 2″x4″ and two pairs of pantyhose, by the way) explore just a few ways of answering these questions.

The first panel is an experiment in using different fabric thickness or stretchiness to determine the wall’s behavior. The sturdier lower fabric doesn’t give, but the stretchier middle does. This might allow someone to approach the completely flat wall and sit into it, creating volume where there was just a plane, and destroying it again when they stand back up.

The second panel shows a way entrances and exits from these inter-dimensional stretchy-spaces might be executed. The third panel shows how modular connections could be exploited to create unexpected openings or pockets or furniture from a surface that’s more than a wall. The last panel attempts to see how one might create a temporary space inside a wall.

These are really just a small step up from sketches, and maybe if I had been in grad school instead of undergrad I would have moved these experiments up to human scale. None the less, the messy, in-between dimensions concept is one I still find very compelling.

Disclaimer: I’m not a mathematician. I appropriate concepts I think are meaningful or rich, and I actually find something especially intriguing in the practice of making one idea clear while obscuring or distorting another. Kind of like how the more accurately you know the position of an electron, the less accurately you know its velocity. There goes another appropriation. That said, if you actually read this far and want to set me straight about the math I invoked here, please don’t hesitate. 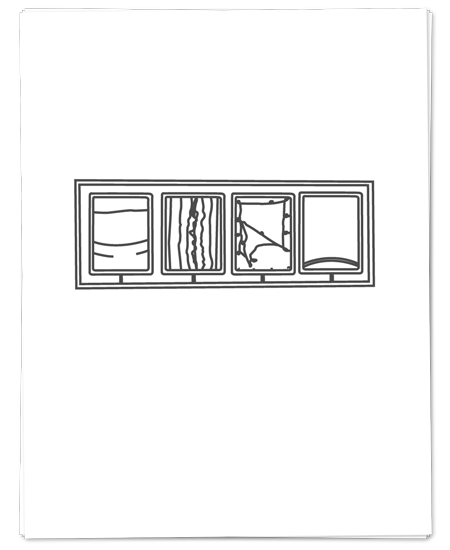