An analysis of the distribution of abandoned staples on telephone poles at a busy intersection.

In the spring of 2006, I physically counted every staple on each of the twelve telephone poles closest to the intersection of Barton Springs and Lamar (there were about 1800 of them in all).

I divided each pole radially into the four cardinal directions and, using my own body as a measure, vertically into seven layers — a total of twenty-eight distinct zones per pole. I then mapped the data.

This was a three part semester-long exploration that also included a research paper (on the history of staples, their meaning, and the implications of the data I collected) and an intervention back at the data collection site. We were reading A Thousand Plateaus and approaching the world as made up of smooth striated or space space, territorialized or deterritorialized. 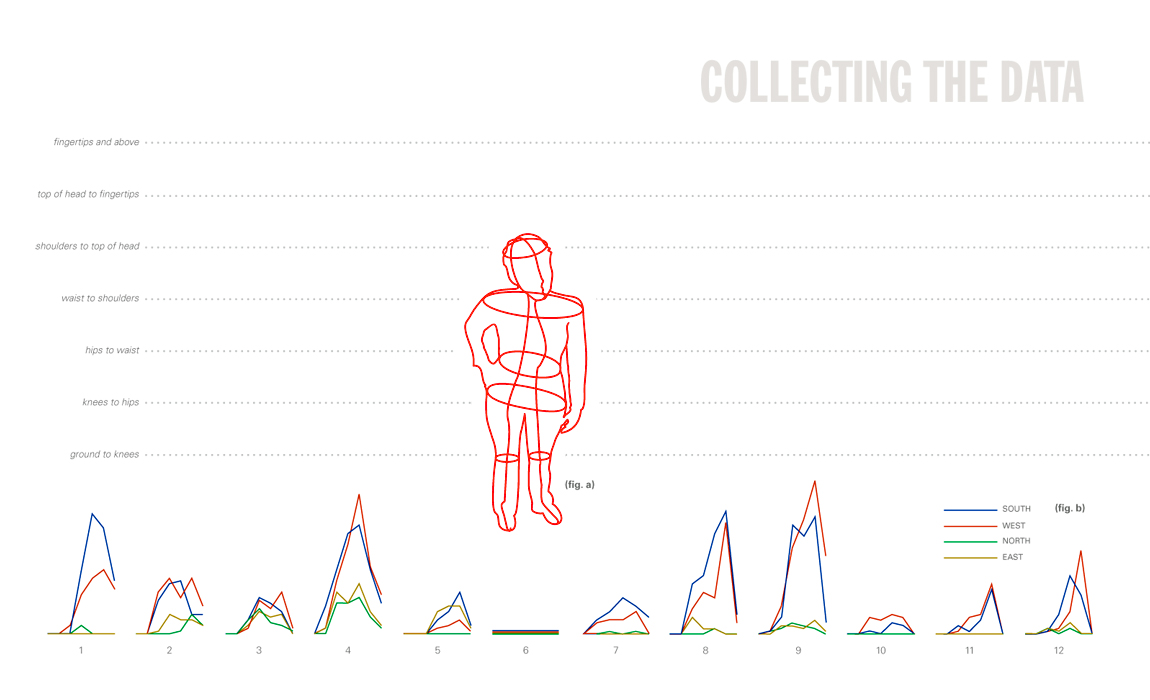 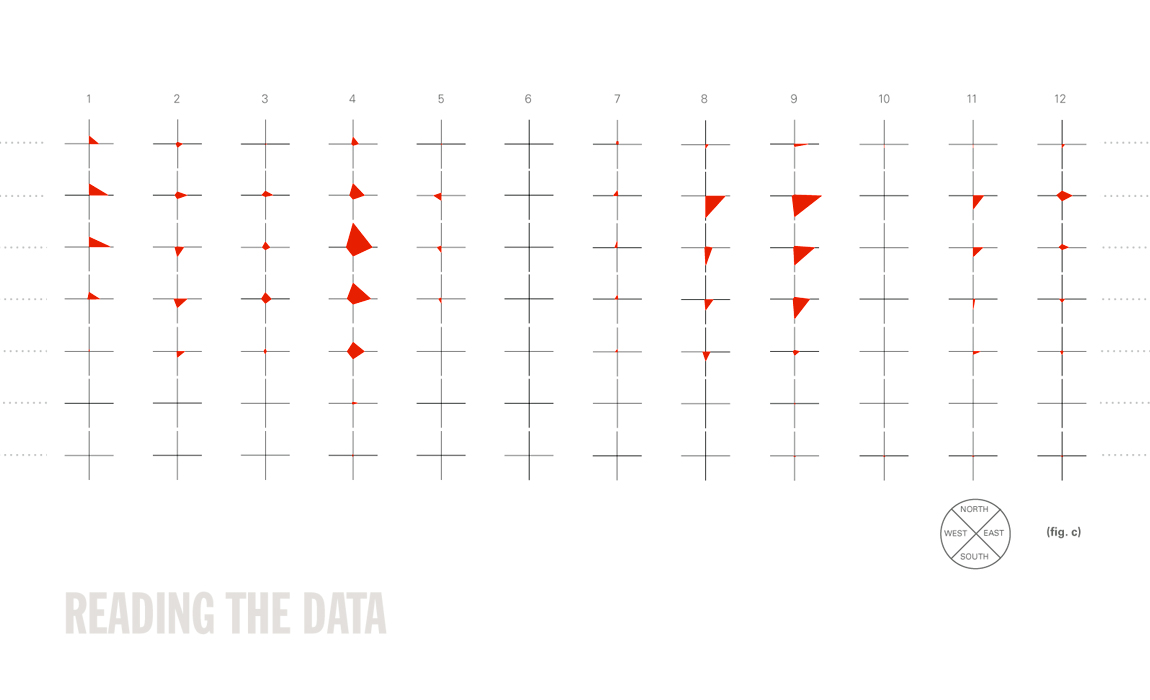 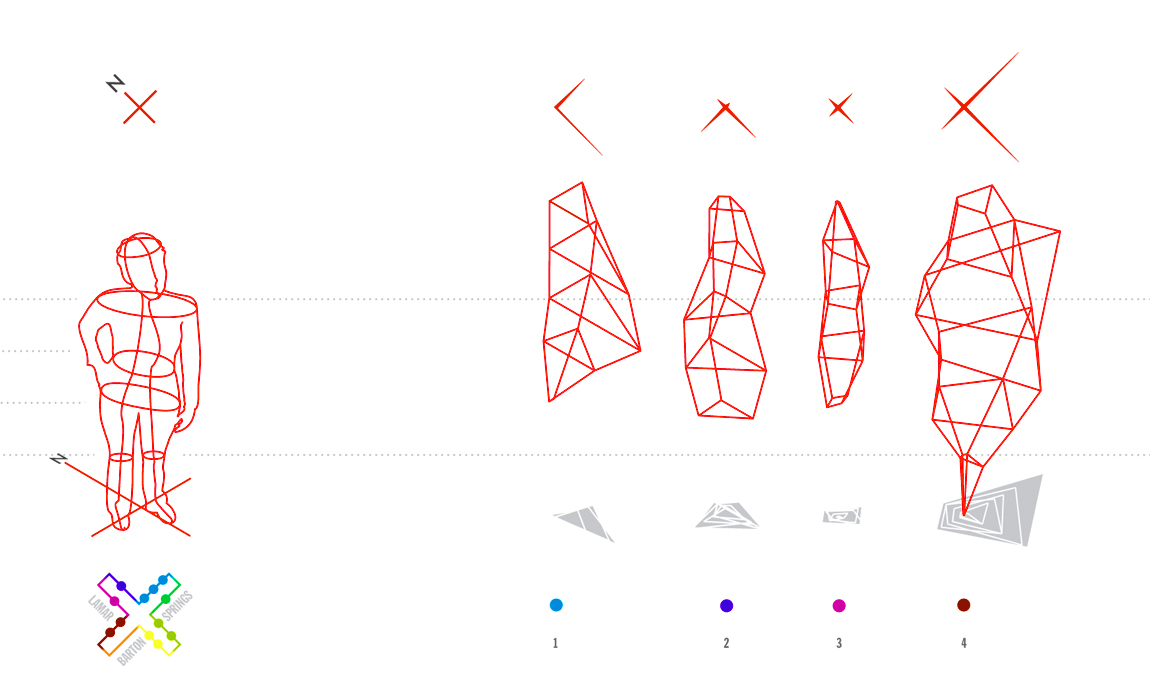 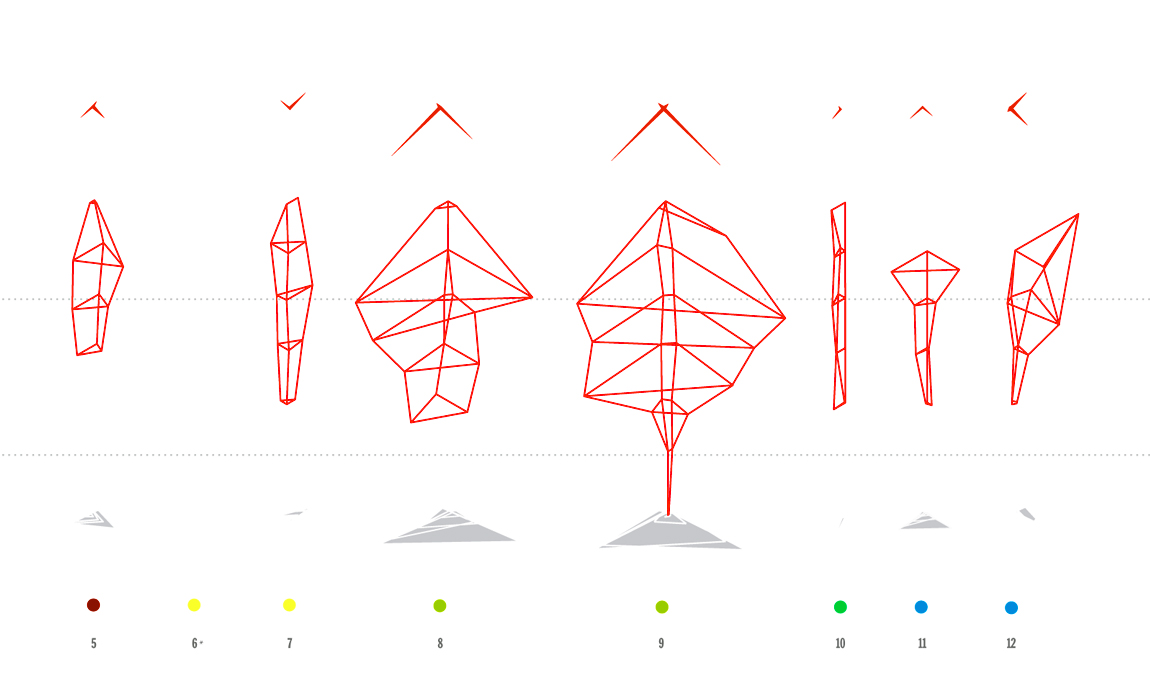 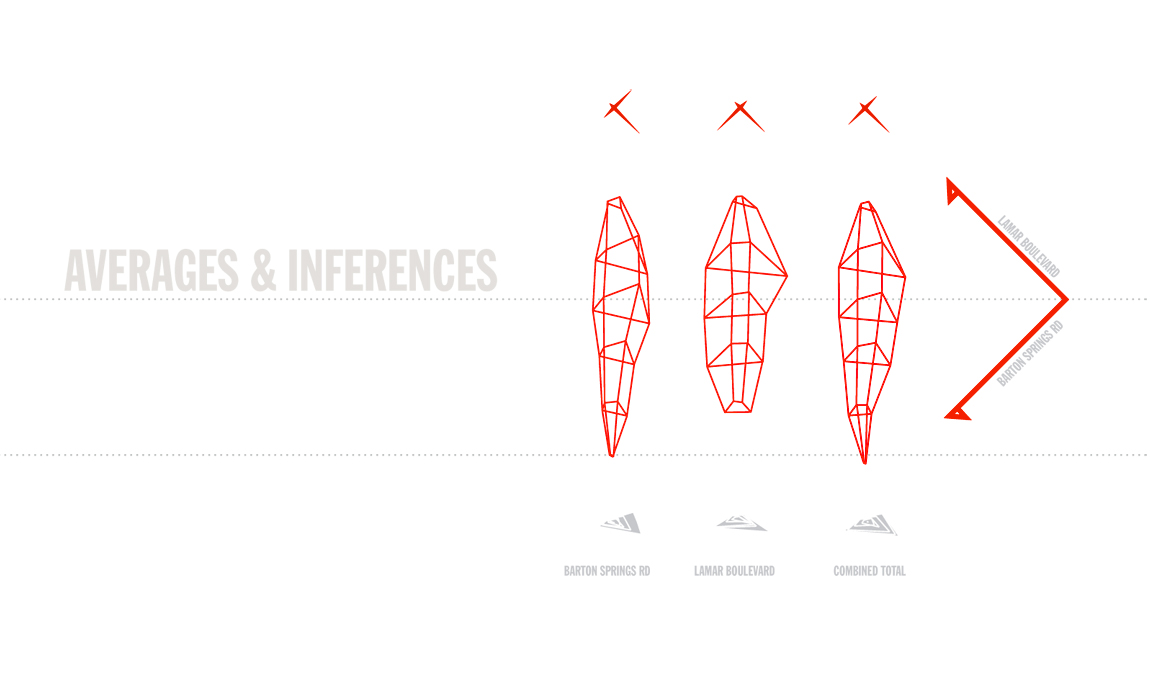 (Fig. a) shows how the vertical divisions related to markers on my body; (fig. b) shows that staples were much more often located on the south and west sides.In (fig. c), each set of axes represents the compass, and the red polygons become a representation of “staple-area.”When stacked, the “staple-areas” give shape to three-dimensional forms with “staple-volume.”The graphics at the top show the total staples per directional quadrant on each pole.These composite figures show averages for all the poles on Barton Springs, all the poles on Lamar, and all the poles combined.

My project write-up conclusion from 2006:

Mapped as volumes, the staple data takes on forms reminiscent of hovering human figures which illustrate the way people interact through self-posted signage. The largest number of staples on any pole always falls at or slightly above the level of my head, which indicates that the signs are posted for (and by, of course) people on foot. Yet, directionally, the largest number of staples by far is typically found on the side of the poles which faces against the nearest lane of oncoming car traffic. The two on their own are fairly intuitive notions, but when combined into one system of posting, seem to make odd conclusions about the viewers to be and their potential state of awareness at any given time, or traveling in any given direction.

For instance, overwhelmingly, staples on Barton Springs Road are placed on the East and South sides of poles. Since in order to approach a sign facing east you must be heading west, and to approach a south-facing sign you must be heading north, one can make couple of inferences. As Barton Springs itself runs east-west, one can assert that most traffic, whether automobile, pedestrian, cyclist, or other, runs along that same axis. The data suggests that those posting signs are selecting for their audience those traveling west on Barton Springs; not only that, but specifically car traffic since the south facing signs indicate the car side of the pole is the active one (ie, not the foot traffic heading west on the sidewalk.

Similarly, signs on Lamar seem to be for vehicle traffic heading north. Since most travelers on these roads must be making round-trips in some form, the next question in this line of reasoning that remains to be answered is why west and north are the trajectories of focus at the intersection.

More than anything about anticipated direction of traffic or anything else, I was most interested in exploring ways of communicating information gathered in a way that allows it to relate to the viewer in a more tangible way. While my diagram cannot be used for the viewer to find out exactly how many staples were one the south side of pole number eight between the top of my head and my fingertips, it can be used to get a gestural understanding of how the telephone pole space is being used by people of the city. I was most excited to see the development of these hovering figures arise out of the vestiges of human communication. 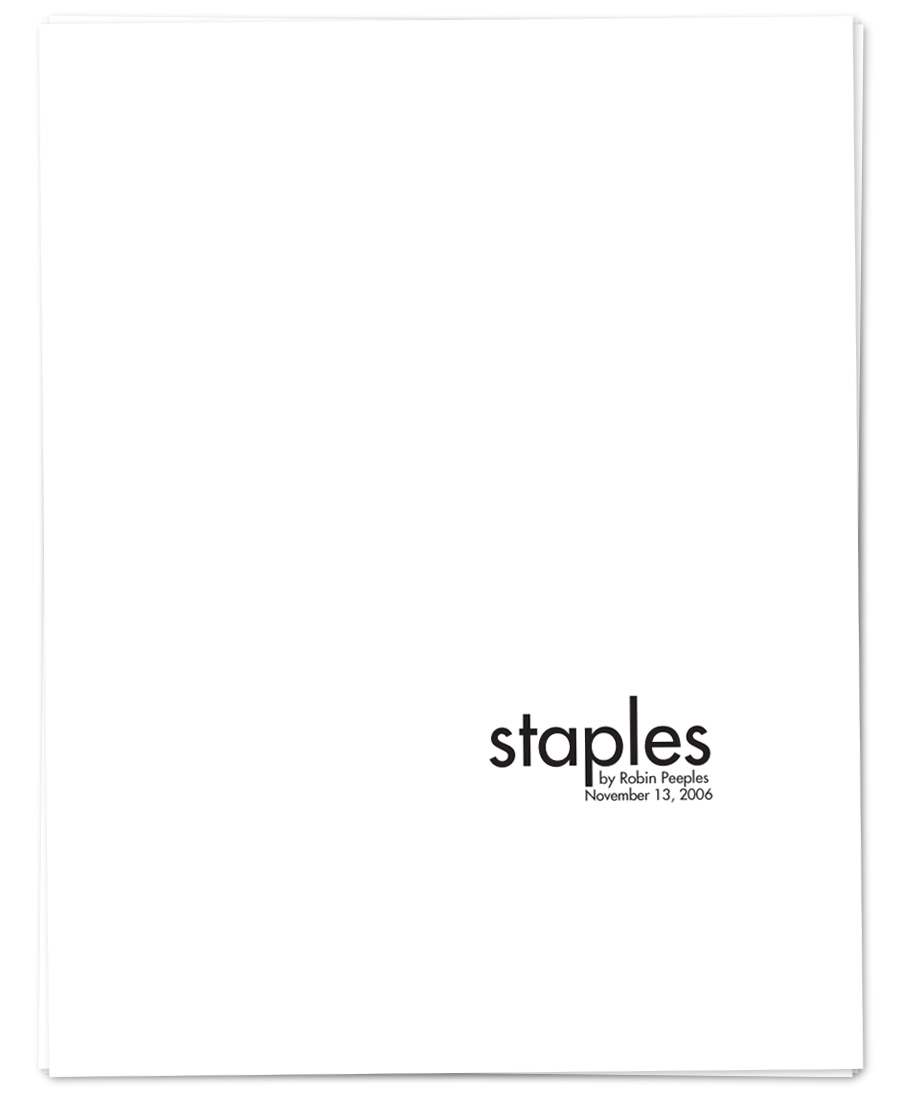 View a pdf of the research paper in a new window.