The last month has put several thousand travel miles under my belt via the weddings of two delightful friends. Both events were beautiful and special and very different, although they both had barbecue (the only barbecue I’ve had in a year and a half). I took a bunch of photos. They might not be my best work with respect to technique (I broke my wrist between the first and second wedding, so I’ll pin some of the blame on the difficulty of operating with a brace), but I sure am glad I have them. 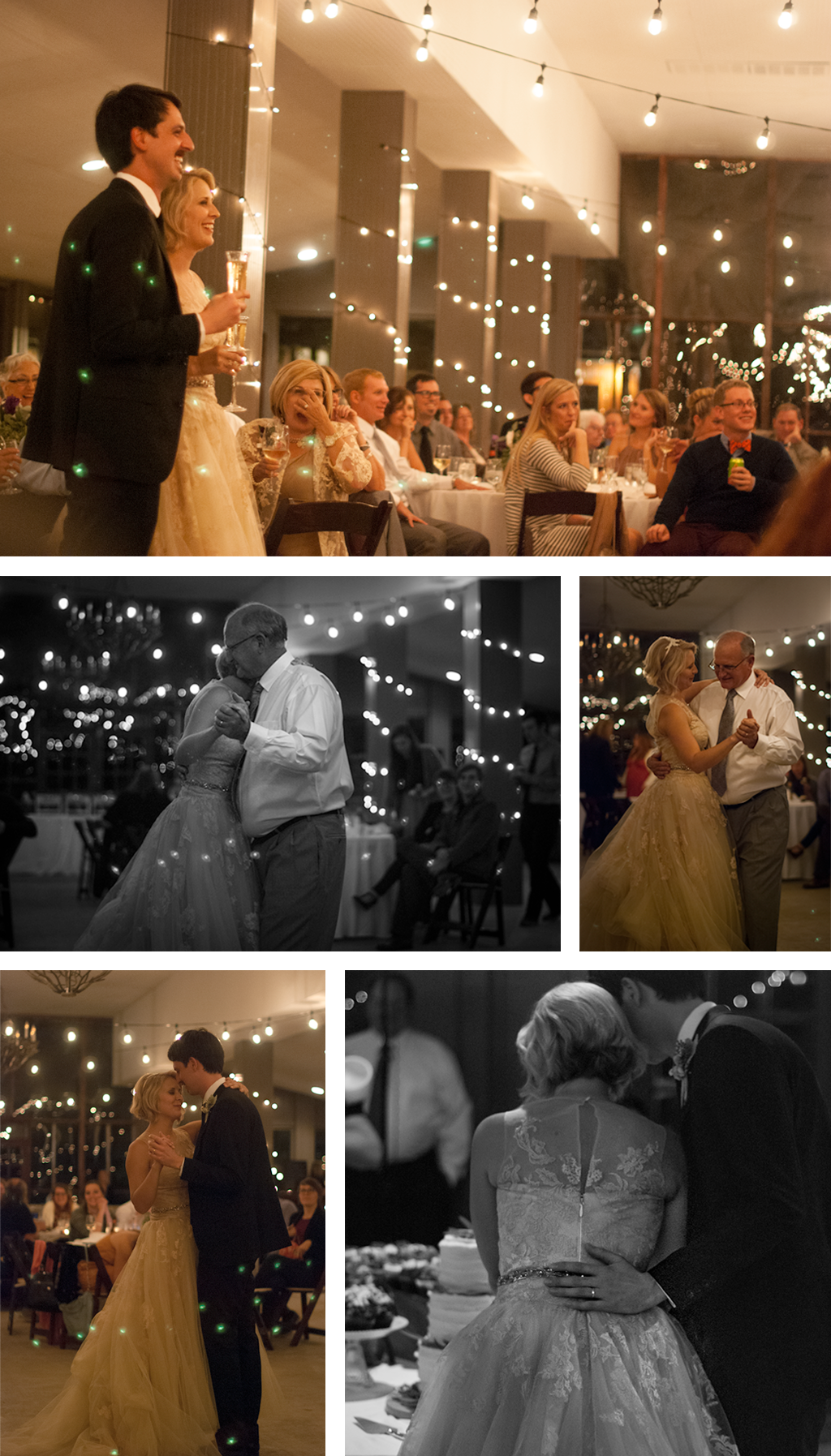 And here’s Melissa’s in Mason, Texas:

Above, the black and white portraits show the two sides of a serious conversation between Rachel (left) and Marjorie (right). Below them are Marcela and Marjorie (again) in a decidedly less serious moment. Below that and (left) are Marcela and Joaquin. On the right is a picture of Rachel I included because I like imagining a dramatic backstory for her involving the ominous, silhouetted cowboy. Next is a bit of camaraderie between Marjorie and the bride, followed by the least blurry out of the pictures of the three of us that were taken by a fellow wedding guest. Finally, the view from the back porch of the old ranch house where Chapman and I stayed.

Melissa and Nick twirl forever (and one guy swigs a beer over and over).

→MORE←
something
1
BACK TO TOP